My 2nd Wobble Game Ever

I am as giddy as mouse in a cheese factory surrounded by dog kennels.

This last weekend I was play-testing my "Corporate Raiders" scenario for the upcoming Carnage on the Mountain. The scenario is ostensibly for getting characters to Robin's Qalidar: Resistance, which it does admirably, but it is filled with denizens and subplots from the Wobble Ship notes I have working one. It also has those special idiosyncrasies, often called "character motivations," for the pre-generated characters that I am known for. To be fair, Robin made up the quirky player-characters, all of whom I am totally going to keep now. But I came up with the "inner truth" which were played out in the first scene. The mixture of the two, along with Dr. Who-style special effects, made the session awesome for me.

Everyone played a 62 person who was on their last day of work before retiring. Not everyone was as ready to quit their working life as others, as is always the case, but it was upon them. Guess what, someone wasn't ready, very much so, for the transition, which added a bit of drama that I didn't plan for but it worked out really well. And then things got strange.

I was proud at seeing my Pyramid-heads, Robin's "Pyraman" (maybe "paramen"), be the tough thugs that I always wanted them to be. Really had a good time with the players as they slipped into their characters-- things got wild.

Since I've ran "The Wobble Machine" a few years back in o8, I've watched as two of the players have incorporated bits of the work and mesh them into their work. Now it is time for me to see where my bits take me.

It's been a fairly slow weekend at work. This is kind of nice as I might be missing out of on soccer, but I've been able to go through and work on my notes for the "Whacko" campaign. I've been translating a lot of the CoC material that I have worked up since about o4 into the new Crawlspace format. The problem is that most of the rules bits are wrapped up in like 19, maybe 22, scenarios which I have ran in that length of time. I have plenty of graphics and handwritten notes, that have turned into half-pages of typed game convention, but bringing it all together is a bit of a challenge. At times, the TACK system is a bit too simple for many of the ideas that I have in this setting. Other times, It takes me a bit to wrap my head around what exactly it was that I was trying for with this or that tidbit.

The stories are warping and reworking themselves easily. Writing scenarios for Crawlspace is an especially easy format, which I mostly have to dress up to avoid being to sparse-- like LARP scenarios tend to be. A scribble from my notes gets jotted in and suddenly a ton of atmosphere like a spice thrown into a soup's simmer. The trick is not reveal the whole menu available in any one of the servings though. Keeping it decent horror role-playing, my theory is show the repeat players with a detail here and then lead them back in the shadows. I am hoping the difference from a tabletop game to that of a video games, or say movies with vampires or zombie in them, is one not falling into simple tracks. 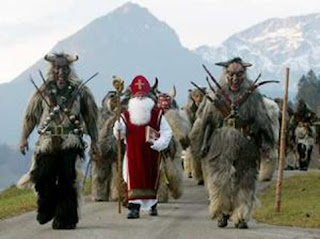 Difficulties noted. the frame of the campaign is coming together, while system remains a little behind. Which isn't a bad thing as I know enough game designers that somebody is likely to throw in a suggestion. Even if somebody doesn't, I am sure I'll work my way through it.

I've been working a lot on the Spacers(TM) rewrite the last week or so. The stats are going to be: Mental, Physical, Speed, Luck, Charm, and Nerve. Here's a look at the character Types I've been working on.


Brawler
Born with a certain amount of brawn and a knack for being good in a less than peaceful situation, the Brawler is the best guy to invite to the fight.

Spacer
The person who is always searching for something, and all the more adventurous for it.

Perk: Spaced-Gets to add (10 x level) points to any SR based on LK.

Years of schooling, and working as a researcher in various fields make this person amazingly knowledgeable. And he isn't just an academic, well most of the time, that is.

Perk: Gizmo- Character may create a gadget that will preform specific Skills for using the creator's Mental attribute...

Psychic
Min. Req. Nerve 30
A mind is a terrible thing to waste, so this sort lives in their own.

Perk: Next Sense- This perk gives the PC three potential advantages... The last is a "Psychic Nose", which let's a the Character know when he is encountering another Psychic, though not her works.
Posted by Tom K. at 7:30 PM No comments:

TROTT is going to be a d6-driven system, and easily identifiable with the same matrix as what was used in T&T 7+ editions. Various conventions will be different enough to make it a separate game. This in case T&T Dooper ends up scrubbing all the parts that I like from the 7th and 8th (7.5) printings. This is mostly so I can write scenarios in a format that I have been doing Spacers(TM) the scenarios for Elder Tunnels magazine and New Khazan for a little over 9 years. The fantasy specific rules will be presented in a revision of my FRPG from 2oo7, RuinCrawl.

Note that I will be releasing my post apocalyptic setting, called Glow, and the 10 year revision of Spacers as officially typed up rules, before you can expect to see RuinCrawl: 7plus And Counting.
Posted by Tom K. at 9:20 AM 2 comments:

A song of infidelities and the heat of the moment...

Just when I have two thirds of my editing bills for the TROTT system and about 45 pages of rule-intensive material with the Glow setting, I decide that I love the six-sided die too much to give up on it. No divorce will be finalized.

Yes Percentile Dice were always good for a quickie. But with even the tens and digits, for all of it's five-fingered figuring, she just isn't any sort of long term commitment for me. And when the cards came up right, mass Lovecraft copyright dissolution in the general Adventure Gaming market, coupled with me finally writing down my TACK game matrix; I was finally able to break off with my illicit affair with CoC wearing Chaosium's BRP, for risky encounters with strangers late at night. Encounters too scary for most convention goers at that.

And going a step further, I like the way that T&T works the d6. When it comes down to it, I can't quit Ken St Andre. Yes my open-minded wife has pointedly remarked that I am "gay for the man's work." And when it comes to fantasist writing, that guy fills me with a sense of wonder and makes me feel ten plus twenty years younger. Now this literary man-crush has me often angry at him, still his writing takes me places. Besides he does work out and can do one-arm push ups.

But I'll be damned if I give up on the rules conventions that has moved the Earth for me with the 7th edition. Now all those other floozies in Arizona might be writing the ramrod version "deluxe edition" of the game for role-playing swingers on any given Saturday night. While doing so, they are knocking Ken down to size, what with his dashing good ideas and fedora, that makes him look like such an adventurer. But from pillow talk in seedy blogs, the "improvements" are mostly taking things back to 5th Edition-- just with a whole lot of filler material. I am of the opinion that things are only kinky once.

For all my drunken gutter game-designer talk of something called "7th world" or "7 Plus," this is a love child that is never going to be conceived. Quite a few people have mentioned that my T&T games at the tabletop are unlike any other style of the game that they ever played in. And more than a few have come back for more. Apparently a GM who doesn't just throw out pretzels to a beer-guzzling crowd can have her way very narrative and detail-oriented bell rung once in a while. So to still be able to create scenarios in the style of my 7th heaven, I can dote on my estranged, conceived-out-of-wedlock game RuinCrawl for a bit.

Now, the neglected second game system will have to wait for her older brother Spacers, and the bouncing baby girl Glow before getting to eat her any of the new cake. So don't be calling until she is of age.