The Death of a Pirate King

As of right now, I am not sure where Peryton found this article but it is about the death of my T&T friend James L. Shipman. Which according to this obituary looked something like this in his prime, at least according to his mother. 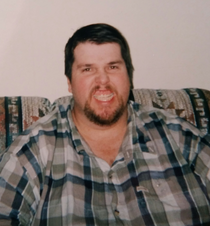 His snarling look and spit about to come out his mouth are rather untypical for the man that I chatted with back in the Oughts (99-o8). He was a man that refused to be flustered by the conventions of life around him, as well as in love with his fiance, a medical grad student that teased him relentlessly. The conventions of flustering life around him were apparently those of a smallish, but affluent, batch of fans clamoring for GM-guided adventures of the T&T (Tunnels and Trolls (TM) ) RPG game system. Because of him, I would not only publish "outlaw" adventures that were not solo-adventures for the system, I would go on to get to know the creators, in person, while he demanded his dues.

Perhaps his snarling and spitting visage comes from his frustration at not being able to steal T&T from the first robber-barrons that stole their fame from pre-1st Edition D&D. They organized against him, with my help, when it was found out that he was using people's artwork without accreditation and not paying them. Indeed, I was the one that helped the scandal get some mileage-- he had tried to steal my New Khazan from me. By the way, I knew he was stealing other people's artwork about two years before the party. Anybody paying attention should have already. In his acquiescence, he'd exclude me from his Russian Troll-Factory-like theft of T&T products from others producing anything after his fall from grace. Lest people forget he was not just graced but beloved among the T&T delvers at one time.

In any case, if this is the Shippy that would interrupt my Civilization games with Yahoo messages back in 1999 with request for specifics on "gunnes" from 1577 for Tunnels and Trolls, I'll miss not having him around. Unlike others, I have nothing to blame him for, except being a little too smart compared to his competitors but not having the money to do anything about it.

In a Yahoo Chatroom Verse, somewhere,
My ork Wizard will always ask into the nothing, "Are you there?"
A hobbit thief will always step out of the shadows to answer, "Yes."
Posted by Tom K. at 8:28 PM No comments:

Thursday AM, roughly 10am local time, I found myself facing Chicago traffic for a third time in six months, all to be heading to Wisconsin. This time not for work, but being a tourist-- not just that but an Adventurer! I was driving to Lake Geneva for Gary Con X. Monk had tried to facilitate us two meeting us there six years before, but had to cancel. This year he dug in and with determination he made sure we got there. Of course I had to drive to Milwaukee, first, to pick him up at the airport, which was as far away from the Grand Geneva Resort, the convention's home site for now, as Chicago O'Hara, but who was counting anyway? Actually I was... . 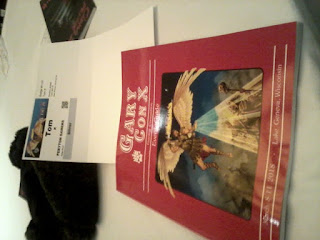 So having left Cleveland at 6am local time, I was close enough to the Gen Mitchel Airport (MKE) at 11:50 to stop off and take a break. I hit the Mars Cheese Castle. Having a couple of beers and a liverwurst sandwich, on which onions and lettuce costed extra(?), I chatted up a Wisconsin-inspired Glow scenario with JerryTel IRC to pass the time. Badgers and cows were involved, and I was allowed to sample the establishment's beer cheese. Finally a little after 4pm I was able to go and pick up my Bru from the airport.
At around 5:15, Monk bothered to ask me, "What time is the game you're running again?"
"Six, tonight." I told him as I had three months earlier.
He looked at the GPS on the windshield which indicated that we would be there at 5:42 pm, and replied, "Oh."
At 5:49pm though, I was checking in at the Registration Desk. The convention had been running all day already, so the lines were mostly empty. The GM's spot didn't have me so without comment, I moved to the Preregistered line, because I couldn't schedule an event without paying for a badge to begin with. There were three people in front of me, and single person working the line. Another fellow moved to an unattended registration line and suddenly four people rushed to that line. The attendant did the one that showed up first, whom he seemed to know, and then announced he was closed. It took a while for the on-rushers to get the point to move behind me. On my turn, at 5:57, the fellow couldn't find "Tom Loney" nor "Thomas...", I told him my user name for the site was "Tom K." He couldn't find that either. I showed him that my event was in the catalog, and suddenly he found my email address, where a "Tom K Loney" had bought a badge for a "Tom K" from Cleveland, OH according to the payment information. A dude nearby wearing a name badge entitled something like "Wulf Rager" smirked. At 6:06pm, I was standing at an empty table, where I waited for fourteen minutes. In a few more minutes, I found Monk also at the registration desk, where his badge couldn't be located either. At 7:07, after checking emails and verifying program entries for events registered, it was discovered by the attendant that "Michael" is indeed the longer form of the name "Mike" and badge was pre-printed and awaiting that person. Upon this warm welcome, finding our room far on the wings of the resort, involved four sets of stairs and two ramps and four buildings. Walking outside avoided this cavern-like voyage. We would be the only two conventioneers to utilize the fresh air route as far as I could tell though. Hey, maybe it's an old school thing, despite all the power scooters.
By around 8pm, I ran into Dan, Frank Sinatra from Rat Pack vs Cthulhu days, and we slipped into the gamed session called "The Transience County War" for a system called Feral World. The GM was the author, a Sydney Wyeth, who brought the furry-humanoids to the old west, complete with recoil rolls and shotgun pellet scatter rules. It was fun, but by midnight we were all dying from exhaustion.The next day, all the morning games I looked into were filled with six people and then some. But around 2pm, I was able to run an unofficial Crawlspace game, "The Sleep Study", the one that no one showed up the night before for Dan and his entourage (his son, Kyle, and buddy, Bryon(sp?)), and Monk. Monk and Dan went on to find a D&D session to play in. I spent the rest of Friday night holding my liquor well until I wasn't. I would like to thank Christine, Joseph, Joe, Niall, and a few others for putting up with me. I came back to the room when I noticed I was slurring really bad. I did catch some serious pod casters talking about a dice-driven golf game and other more mundane RPG sessions before then.
Saturday at least until 4pm, every game that I was interested in was booked up. I did have lunch with Monk and a fellow from Rhode Island, Tim, that was running a DCC Lankhmar scenario. I'd wrap up my endeavors, at 4:45pm, having a cocktail with Josh from Prolific Games. I was invited to a game that evening but I missed a page and ended up just hanging out watching TV. Sunday was ditto and this time Monk hung out as well. Monday was spent checking out and getting Monk to Taco Bell before getting him back to the airport. The drive home was a bit long, and Chicago tolls are excruciating. 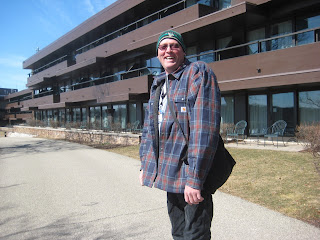 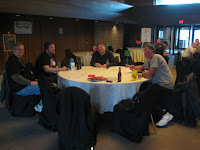 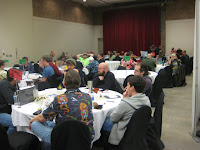 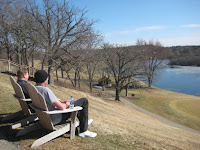 This was a great GMs' convention. Every table from Friday am on was booked up. The red banners proclaiming how full a table was were everywhere before the games were even supposed to start and chairs around the table filled. As for special guests, this is the place to be. The program has some fourteen out of 82 pages of personages the attendee should meet. The resort itself is a pleasant smaller complex where the miles around it are hidden by its rolling hills and deep valleys. The staff was great, I am not sure if I didn't meet any wait staff that was not a grad student if not a teacher already getting extra money. The breakfast buffet had great smoked trout and a wonderful omelet chef. 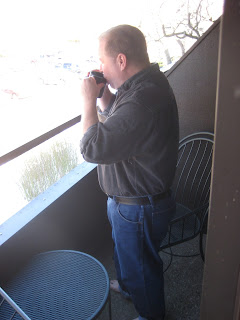 I am just not sure if dedicating myself to the convention is the right thing for me. Monk and I mostly did it as a lark, "a bucket list thingy" as we joked years before. While it is 80% role-players, it was still around 1,200 people, I think, and there are like plenty of OSR games plying for attention. And folks, judging from registration onward, were not the types that like stuff that isn't very familiar to them. While I could register ahead of time to play in games, I doubt my Crawlspace, or other projects, would receive anything beyond marginal attendance for a handful of years. In case you haven't noticed, I am a running GM that is getting no younger. 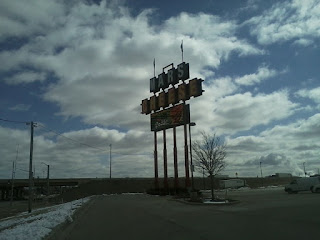 Wisconsin though was very proud of its cheese. 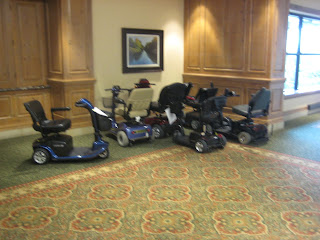