This species of alien beings gets used quite a bit in all of my settings, including formal mentions in Glow and Spacers. Special thanks to Trevor Hudgins who first let me play one in his own post-apocalypse setting. I've been a fan ever since.

The Akebbarik, also called "Space Goats." Despite a lack of hair, these humanoids' heads resemble that of goats. Most encountered cultures are interested in trade and commercial transactions. Amongst themselves they call all human-like species, including humans, "Xylon-kin."

They appear in all of the Mu Verse's continuum calling themselves "The Trading Empire." For the most part they are friendly to the Earth and its inhabitants. They are very profit-driven though and may be working with anybody, including those that could be planning some pretty nefarious things. 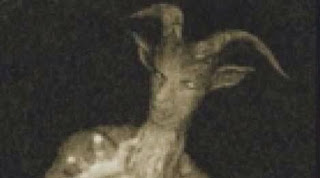 As some of you already know, the Atlantis Saga will resume at the end of May 2016. It will continue until the last of August. If it needs to go on from there, plan to hold off until the Summer of 2017. Sorry folks, my sagas just don't plod along come hell or high-water, timing as well as determination is important when crafting tales with the highly improvisational element of role-playing.  If I don't feel like swimming, I was going to say "wear a swim suit" but that has never stopped me from swimming, I reckon that you don't feel like RPGing underwater.

What this allows me to make some room for scheduling a couple of boutique RPG games for the Icons superhero system.

One is the glamour-filled world where image and dynamic action come together to have made such comics as Dazzler and the Teen Titans pop up back in the 80s. There is going to be plenty of existential angst of youthfulness as well as a great night-life. Not to mention the music that had been rocking us in our boots since we were in diapers.

The Cross Hairs of Thrill-Kill
(A three part scenario spread out over the wet and cold months)
Wanda Dazzle, AKA the Sparkler, of Marvel City's super-powered night club scene has gone missing. The Scrap Pile's Disco must travel in from Beta City to re-assemble the Glam Squad. Will the super-speedster Groovy Lad jump back into the scene? Will Warhol's ultimate creation, Andron, the Android, be awoken from dreams of electric sheep to help out?
A street-level adventure, with plenty of great action and a decent beat. Up to four players needed.

The other is something akin to the Hulk without all the love of radiation. And I get to explore a bit of mystical super-hero setting.


Touching Chaos
(A two part scenario, meant to start in October and be done in November)
Despite Professor Hemm's warnings, the Thaumaturgical Society of Tripod City want send a dream astronaut into a piece of the Chaos Dimension just for a couple minutes. Can you help out  Darkshade and Citrus Shocker if things go wrong?
A Kirby-meets-Ditko tale of sorcery and superpower. Up to four players needed.

If you're interested in having a slot email me at "Laggy At Butter Flavored Dot Com" with either title in the name.
Posted by Tom K. at 3:14 PM No comments: