Of course a wooden stake through any vampire's shriveled, black-tissued heart does 8 Damage cards automatically-- the three extra cards work against the All-In Hand.

Infant
Of course this creature starts out as a dead body. If it's a Character, the Player must first Draw within two of the dead character's Luck to arise from the dead. This draw takes place on every turn throughout the relevant game session.
When the vampire arises, it has a second card added to its Charm. This Charm bonus will most often used in convincing others around it, that he or she isn't the most horrifying thing that anyone in the room has ever seen. It must consume the life blood of a nearby cast member, supporting or starring, or suffer one Damage card per hour of its new existence. If the Hunger causes five Damage cards, the infant vampire dies again. The All-In Hand may still bring it back, and the cycle starts again.
Once the infant vampire has killed, its Hunger dies down to one Damage card per day. It will take one Damage from every minute of sunlight that touches its skin without an All-In Hand. A Holy Symbol of any sort will do two Damage cards once per viewing. Garlic and holy water, will negate any Charm success that the Actor has achieved in fooling others that it isn't a vampire.
The infant vampire will require a Nerve Draw at 1 to disobey whatever entity that “sired“ it. By sired, I mean killed the person that it once was.

Toddler
This vampire has been able to refuse its maker, its sire, if you will. At this stage, the Hunger still causes one Damage card per day. For each day's Damage all the creature's Charm Draws will be at that many cards disadvantage. The toddler is able to resist the effects of garlic and Holy water with a successful Draw at 2 on its own Charm.
This vampire is able to pick which STAT it will lay its extra card at sunrise for the following sunrise, the start of its next day. 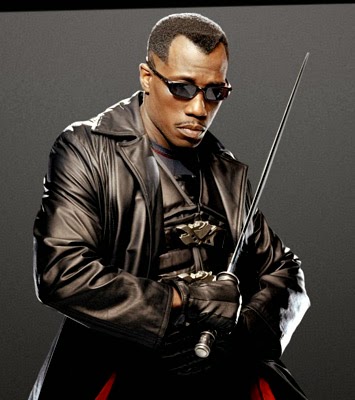 Adolescent
Throughout the years, the vampire will only age in years as many minutes as it is exposed to sunlight. The hunger will subside to a Damage point per month. This is only after a century of essentially not aging, though. The vampire is usually very well-read and quite learned about things by this point in time. This century plus of life marks its development into being an adolescent of the undead species. On top of that for every new vampire that it sires, it gets a Fame card when that infant is within a day's horse ride away.
This vampire can withstand a day's worth of sunlight for every cast member, supporting or starring, that it is able to kill during the course of play. It will never be an adult until its maker is dead though. 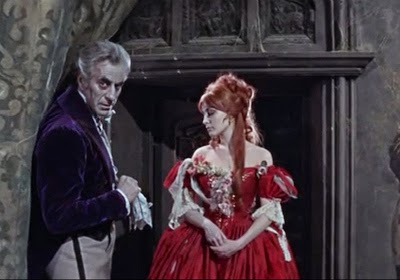 Adult
At the death of a vampire's sire, it becomes an adult, whenever it occurs, except when for infants. An infant will become a toddler if its maker is killed before it matures to a toddler.
An adult vampire gets Fame cards for each of its “children” within thirty miles of itself. It can walk in daylight for three days after it has drained a cast member of his or her life force, but only when wearing sunglasses. It will age normally while in sunlight. If it doesn't wear sunglasses it ages one year per minute. When it hits 90 years old or so, it takes one Damage card per minute afterward. 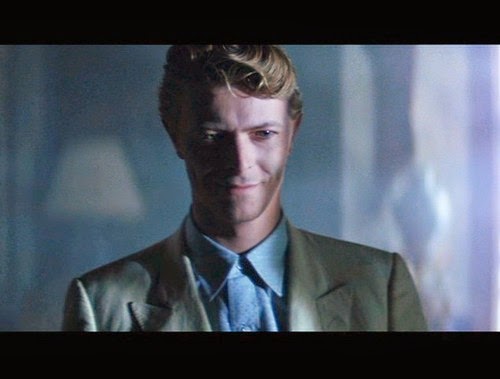 Mature
When an adult vampire kills another adult of its ilk, it becomes mature. At this point, it is no longer adversely affected by sunlight at all. It does require an Open Draw to determine however many kills per month (King=One..Queen=Thirteen, Joker=Fifty), extras allowed, to not fall into a Hunger coma. Once in a coma, it is old and shriveled, unable to add its extra Card to its Charm ever again.
Now if a mature vampire kills another mature vampire, it becomes either a mortal human again, with all of its memories intact, or it becomes a demon. 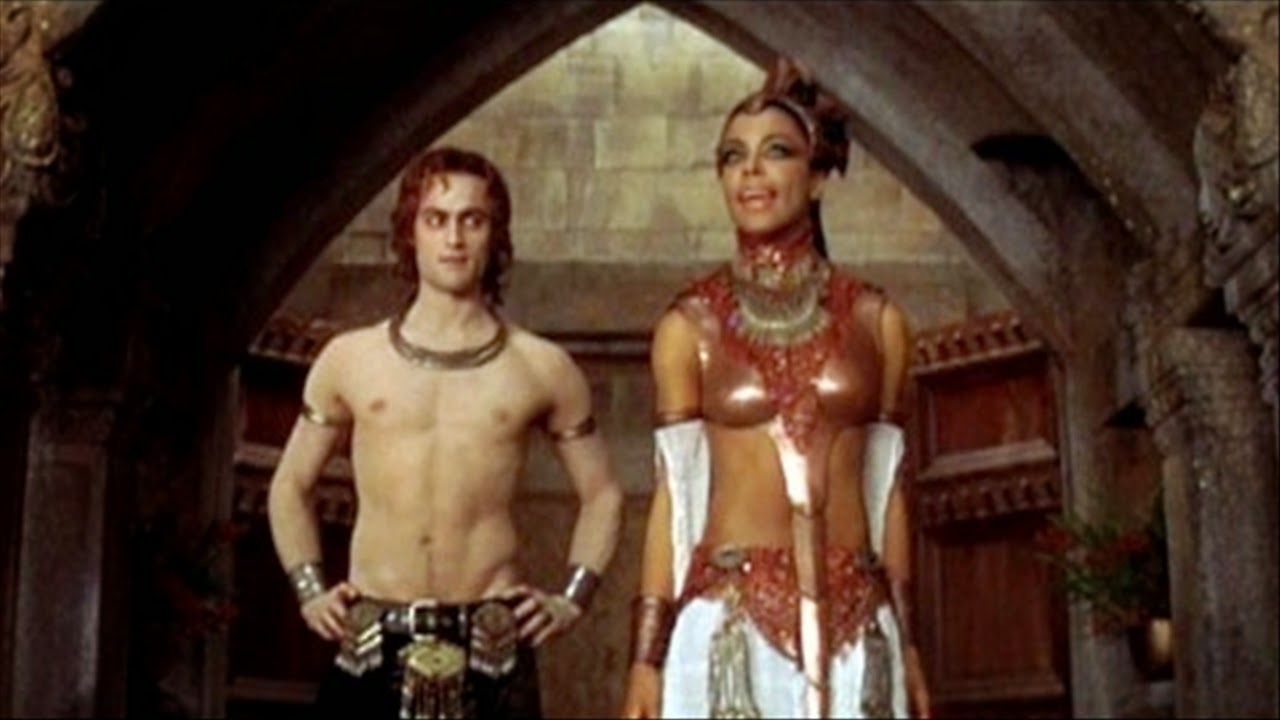 So for about two years I've been working on the system. I've tried three different matrices and done extensive notes. I finished typing it up today. A total of nine pages, including three for a beginning equipment list. Wow.
Posted by Tom K. at 5:10 PM No comments:

A human from the Mu Continuum of universes, that is the one where our planet and history, called Mu Prime, is, Major-General Pierre Rho is a Wobbler of great importance to his, as of yet unvisited by our Wobblers, home-world. This experienced astronaut and his four man crew of the SS Moondust are on record as to having explored as far into the verse beyond the Lambda verse as anyone ever has on record. He is one of the top commanders of the African Federation Space Corps, despite his Belgian birthplace. The District of Doboma is believed to be as prominent as Washington DC and Dar Al Salaam as influential as New York City on this world.

Rho is something of a top-spy for his entire world when dealing with trans-dimensional espionage. He has multiple times foiled incursions from the Greatest Empire and the Overmind. He is his world's Chief Ambassador to the City of Spoons, for further details play Wobble's "Here Be Dragons," though he is frequently not there. He is known to be engaged to a humanoid alien princess of another world in either his universe or another-- perhaps there is more than one engagement. The man just stays busy.

Most often pictured in a space suit, he will more than likely end up in all sorts of outfits before the end of any of his adventures.

Pierre Rho, the Quick 250
Science Matters, able to understand alien technology like he is reading from an 8th Grade Science textbook.
Kung Fu, his Duck is 2x the normal rating.

Shennay Webber was a typical person from our world working at the Mutual Assured Development insurance company (MADCO) when she was introduced to the multiversal worlds of Wobble. A recruiting party from the Greatest Empire seized the office building where she worked and "conscripted" everyone that they were able to get their hands on, play Wobble's "Corporate Raiders" for details. The woman was able to escape by overtaking the crew of wobble craft and spiriting herself away.

Some ten years later, she has been encountered various times by Wobblers as a near legendary figure known as the Weeb. Using her pirated vessel crewed with a band of humanoids that can only be described as bat-like, the Vreee, she has been making life hard for trans-dimensional travelers from the Greatest Empire as she tracks down her co-workers to free them.

The liberation is often bitter-sweet as most of the rescued have been reduced to cyborgs of little or no sentience. A couple of the higher functioning ones are assisted by the Vreee, in caring for these folks. A whole nation of the Vreee in the dreaded Omicron verse appear to consider the Weeb as their reigning monarch.

The Weeb, Quick 200
Sonic Implants, able to move in dark with full sight as well as scan most nearby radio waves.
Kung Fu, her Duck is 2x the normal rating.

I am not a junkie rules tinkerer, or at least I don't think that I am. The system that I am designing for myself to use as the shorthand that I think in as I write up settings, my true passion keeps getting modified.

First I wanted it to be straight T&T matrix with a bit of flare, I would use the ASTRO rule (All Same? Terrific. Roll On!) versus the DARO and TARO (doubles and triples, roll on) rules of that system. I mean why stop at triple results. Wouldn't all four, or five, or 17 dice rolled be rolled on if all their results were the same be just so much more spaghetti sauce to some Italian-based dish while sitting in a hot tub just before slipping off with a Swedish model that isn't friends with your wife? Then as a GM running things, I realized I was doing great stuff to help 6-9 year-olds with basic math skills not much else.

I then sought to move away from that using 10-sided dice but the same randomizing system, with the inclusion of percentile rolls every now and again. It didn't take long to get over that clunky gear-shifting mode after a couple play-tests. Imagine the annoying and pedantic math quiz that T&T can be in combat and throw a "roll below" mechanic as well. When to consistently use the "always higher" mechanic versus when to use the "roll under" convention would be as tough as being a fan rooting for a Duran Duran comeback tour in 2025 on FacetuBe this year. Definitely a labor or love, and I am not in love with making rules.

Switching back to the six-sided driven game mechanics, it occurred to me during the Glow play-tests at GenCon that I was looking at things backwards. Thirty years ago, polyhedral-sided dice games struck me as silly. Five years ago, I realized that "rules lite" games while they have their niche at conventions, were not where I truly wanted to be, besides my TACK system is that already and reportedly pretty easy to utilize by other GMs. This year, while watching TimS run his session, I saw all the dice on the table and thought, "What if I got rid of all the dice?"

Two six-sided dice, so it's back to Ken St Andre's DARO, but with multiple integers. Not just the 2-12 (3-infinity, really), I have always sincerely liked using the so-called d3 (subtract 3 from 4-6 results on the dice) for quirky little situations-- like a fist fight in T&T, where combatants get d6+Combat Adds; 2d3 always gave the Characters to get some DARO worked in making more spectacular boxing matches between equal opponents. I also like the "Odd/Even" (Yes/No) usage of the d2. So while there isn't tables full of six-siders blocking out the sun during combat, there are usage variations for the two useful ones in front of everyone at the session. That is a bit of crunching that doesn't over do it.

Now I get to pay for my third round of editing for the one system that I've been working on forever.
Posted by Tom K. at 8:00 AM 3 comments: