It's a good thing that I have promised to release Spacers: Universe soon and have to write some six separate LARP events for some 330 participants for GenCon this Summer, because I am getting some wonderful work done on Wobble. Yes Wobble, the mistake from when Peryton was working on "Dr Who-meets-Original D&D." The role-playing setting of multi-dimensional travel where I have proclaimed that I don't really like, but every small get-together that I have I make my friends endure sessions in. The game which I have pledged never to write. I keep finding my Wobble note so fascinating though.

Why am I telling you this?

Well, a couple of you actually keep up on my Wobble posts here. So I thought I'd announce an official terminology shift in future Wobble posts. What used to be variations in our Universe, there are Universes within a Verse. These universes form a Continuum. Now the differing Verses go from Alpha to Omega, at least according to current collected data, but universes within a Continuum have very random names. This categorical change is needed to work in a lot of stuff, that you might or might not read, that diverges from one particular type of campaign.

Needless to say, the dwellers in the Omega Universe are pretty unhappy. 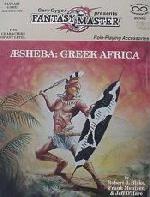