A World a Week: the Imperfect but Finished China Map

When viewing this map, please remember that I was drawing it as I studied a number of things without viewing any sort of official map. It started out with me drawing in ink what I think the coastlines of the Far Easts look like and then filling things in with pencil as I came across a regional map here and there. That said for all the mistakes, I am glad I drew the map in this fashion. I internalized many of the geographic areas of China and learned more than a few province names, both those that still exist and a few that were around in the 1911-49 period of history.

I am not becoming a Sinophile. But I feel this stuff is going to be useful in a fun sort of way.
Posted by Tom K. at 2:53 PM No comments:

A World a Week: More Qin

What started me on this early 20th century China kick was actually a Korean, South Korean, movie, The Good, the Bad, and the Weird. Luckily the film was Korean because they get American film audiences, unlike most Chinese and Japanese film companies. I probably wouldn't have watched it otherwise. The film is set in NE China, probably Heilongjiang or Inner Mongolia sometime during the Japanese empire-building and Warlord fiefdoms of the 1930s. The tale of three Korean westward emigres, of distinctly different personalities and ways of going about things spoke to me. In my mind it might be very similar to how parts of my family are made up of Finnish folk that came to Germany and the USA through the 20s-30s. The spaghetti western, splashed with plenty of crazy Eastern sauce, reminded me more of A Fist Full of Dynamite than The Good, the Bad, and the Ugly, but this was a good thing-- I love Duck You Sucka. 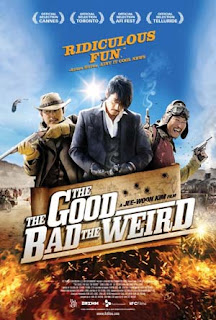 Now the movie wasn't great, but I was laughing at the jokes and found myself interested in the world around the characters. There is a great scene where an opium lord pulls out a map and starts on a rambling lecture discussing the maneuverings of mumbled military and political factions for and against the ever-encroaching Japanese. I was bit by the bug and had to figure out how much the writer was spoofing the situation versus how many little bits of detail he might be throwing in.  Now the problem is, the 1930s is not the time to start any sort of in-depth history study. Throughout the world, the 1930s were mostly the steadily declining remnants of past imperial structures and the growing pains period of nations formed in the Teens-20s.

I backed up to the Boxer Rebellion (1899-1901) and skimmed until I found a good time to start getting in deep. I chose 1911, when Yuan Shikai the most effective general of the Qing Dynasty, headed by the Dowager Empress's three year-old son, started negotiations with the Tongmenghui (Sun Yat-set's college buddies) and the less famous Gelahui (mostly Boxer rebels waiting to become Communist). Around 1912, is when the "Warlord period" gets started. From there I'd read up until 1949, the rise of what we now know as Communist China, a really good stopping point, I really enjoyed the read. Based on my own notes, and a map drawn by hand from small specific area maps, I filled out the timeline with named persons and got a taste for the geography as well.

Where am I going with this? I am not sure. I am tempted to do a Steampunk campaign, starting in 1911, and throw in some Star Wars-like drama as the evil empire, Japan, continues its steady march into the Middle Kingdoms and Josean. I've done a lot of history-based pulp mini-campaigns with WHAP! already so this tactic to work some learning into gaming is a little old hat to me.

A World a Week: Dipping Toes into China

I decided to take a break from blogging as I finished up something and made notes on other things. At the same time, I even took a class.

This is a bad map. The map which will follow is worse.