BASHCon 16: One Flash of Light

But no smoking pistol 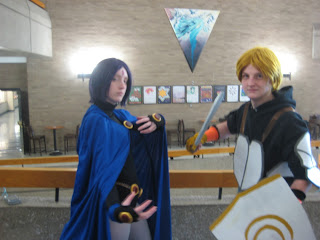 Having been off work since the 16th, this week has been one pleasant little vacation. Got some writing done, mostly for the Wobble setting, and played a bit of Civilization III. When Thursday rolled around, I was a little worried that I had planned to do too much over the BASHCon weekend, with only minimal preparation. Luckily those around around would ensure that I wouldn't.

Still I left Cleveland at 7:30 AM, heading to Toledo by way of Springfield to pick up Jedi. After picking him up around 10:15, we were really en route to the Glass City. We entertained ourselves by talking about gaming and Randy would fill me in on his history among the towns that we passed along the way. Believe me, it made I-75 between Dayton and Detroit much more interesting than it usually is. 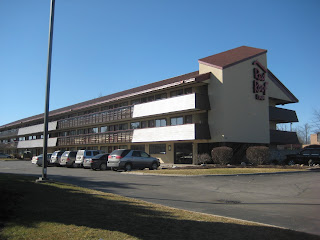 Getting into Toledo a little after 1pm, checking into the room was easy and the day was nice and getting nicer-- it was cold but clear and warming up bit by bit. I posted to everyone coming, two others besides myself and Jedi, to the Thursday night "Pre-BASHCon Bash" that the room was ready for the party and went off to lunch. As silly as it may sound, I have always been a fan of Big Boy's soup and salad bar, don't ask me why, and there is one within walking distance of our favorite Red Roof Inn.

I started to worry when despite four "Likes" of my arrival, that Gnoll replied that he was leaving Wisconsin really soon. JerryTel was ominously quiet as well. Paul had a six hour plus drive ahead of him, which meant he'd be showing up around 7pm. Jerry will be quite vocal about problems when things are going well but he goes quiet when things go wrong. Still with a bit of luck, three of us would have a great game session in the evening when the last one showed up to jump in and rock and roll to midnight. I knew Jerry wasn't coming at 8. By 9:15, I was in my bathrobe, while Jedi was reading Crawlspace and texting his wife. Gnoll showed up at 9:45 and we made jokes at the season premier of Vikings for a few minutes. There was a promise to meet up the next morning, but something in his manner told me otherwise.

Friday during the day, Jedi and I were kind of at a retreat for writer/role-players, while the rest of the world moved on without us. Throughout the day JerryTel and Peryton started announcing on-line that they were not running most of their events for BASHCON. A bit at a loss, I actually looked forward to rushing to do my Pre-Gen Characters, but found out that they were already completed. I contented myself with napping, while introducing my companion to Fear of Women parts 1-3. Just after I had found the Dungeon Bastard You-Tube videos, we realized it was almost 4pm and could go and stand in line for the BASHCon convention.

Amazingly enough, this year's registration process was very, very simple. Registration was open before 5pm, when the event would open its doors (to the vendors' booths) and allow the waiting world in. Apparently someone learned the trick of closing doors as well as avoiding lines. That didn't stop the clerk at the registration desk from demanding two pieces of photo ID and refusing to not spell out my full name on my name tag.

My "Aboard the Jupiter Moon" Spacers event was ready to start at 5pm. No one showed. It was with some satisfaction that I saw JerryTel and The Boy, also waiting for folks to show up to their game with chariot drivers (Circumference Maximus, Imperius Gluteus, Chariotus Rigor Mortis, or some such) I was beginning to think that board games automatically found players and that only RPGs suffered shunning. I had just spent a day and a half in isolation for wanting to get some role-playing done, after all. Peryton showed up at 7:20pm or so. I am not sure exactly what time because she first went to check in with JerryTel, Jedi, and Gnoll, before bothering to find me. Still it was nice having dinner with her.

Beckett's Crawlspace game, "Gimme Shelter" started at 8pm. He was handling a full house, all the PeryPubbers, and one of the BASHCon staffers by the name of Ian. We had a great time. The most interesting thing about this scenario is that by the end of it, everyone easily agrees with the Character being played the most insanely. It was a treat being a player in it, as at GenCon last Summer I could watch it being played and was usually too busy to pay much attention.

Heading back to the motel, Jedi gave me an excuse to stop at Del Taco a day early. Robin was a bit miffed, as she had her driven herself and couldn't find the room without me, at least until she read the message where I named it inviting everyone there on Thursday. The chicken burrito in my hand complete with all sorts sauces turned her frown upside down. 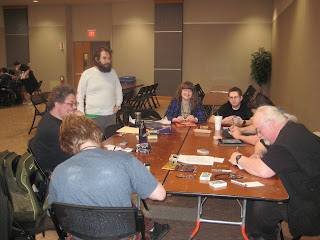 Flip of the pancake

Getting Peryton and Randy to come with me to breakfast was easier than I thought it would be. I was also pretty rested, my last bouts of sleep were filled with dreams that formed a trilogy of 70s crimi/exploitation movies. We arrived at the convention just after noon.

That afternoon, Robin did run one game.  Her "The Crystal Rifts of Tartarus" was an exploration into Monte Cook's Cypher System. She had a full table but was able to fit me in as well. The other players around me were bedazzled with her universe. I was introduced once again to the Synarchy of her Qalidar setting, but she was definitely having fun with the game rules.

After a luxurious dinner at the Phoenicia restaurant, right there in the Student Center, my own Crawlspace game "The Wrong Moon" started. All the PeryPubbers had retreated to Beckett's "Scream Bloody Gore" Oh yeah, during the dinner, Peryton and JerryTel high-fived each other for joining "The Quitters Club" when I wasn't in the room-- tell me that there isn't a conspiracy. Any way, thank you to Corey, Skip, Michael, Michelle, Nichole, and the returning Ian for making the game a success.


More specifically about "The Wrong Moon" it was a perfect Crawlspace session for me. It had everything going for it. Just enough players: six, with one needing to leave early (Ian), I had my perfect range. The players were interested in making the rules work, I got to work many more PERKs than usual into the play. All of us were in that weird Saturday night mood where B-horror movies and role-playing horror works magic. Most importantly, the scenario is one of the easier Crawls that I've written.

Round midnight, we (Pery, Jedi and I) ended up at Del Taco. Hey, it's a tradition.

Sunday AM, Jedi started hinting that he was really tired. My snoring, the long days at the con, and how tired he was.  Some how my "Incident at Io Station" had not made it into the convention's program list anyway, so we announced to Peryton that we would not be attending the last day of festivities. On the drive home, he started getting into the official history of the places along I-75. By the time we were forty minutes outside of Springfield, he let me know what a great effort it was not falling asleep. I was so moved, I helped carry his bags to the front door of his house.

Then it was time to head home. Robin had stuck around to play in Beckett's Sunday game "The Jupiter Moon Mining Company" which started at noon until four. Around five, he suddenly remembered that he had to work tonight. 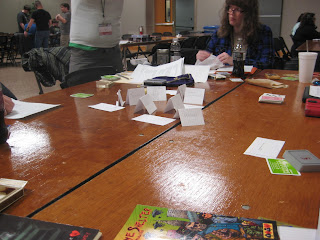 Vacation in February: Gonna be some Wobbling

As of 7pm Monday night, I have been on vacation. "Vacation in February?" you ask. My reply, of course, is "Who doesn't go to Toledo for the tacos this time of year?" While we're at it, there's this little get-together at the University of Toledo, called BASHCon, which just might be some fun to hang out at for a while.

Now our pre-BASHCon bash, at the Red Roof Inn, off of Secor Rd. looks like it might have just the right amount of people to make it some fun.

I've written the scenario, "First Contact: The Vulcans" as a Wobble adventure. It's not what you think. 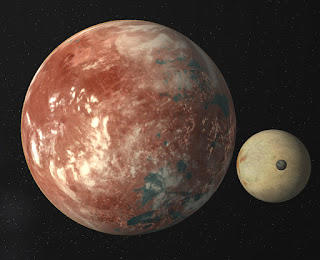 Thinking of Origins this Year

I am planning to run these events at Origins this June.

Wednesday, 1pm
Title: "Nixon World"
Description: August 6, 1979. Commander-in-Chief Nixon is negotiating with Mao Zhedong for the unification of the Korean peninsula. Chancellor Agnew has authorized the use of Emergency Powers to quell anti-Caribbean war protests in LA, NYC, and most of Delaware. The Presidential Legal Militia (the Plumbers) are investigating threats on the Chinese ambassador's life by forces sympathetic to Mekon (The South Indochina Republic).
Guess where the dimension-traveling crew of the Albatross lands this morning.
Event Type: RPG
Game System: Wobble
Maximum Players: 6

Wednesday, 6pm
Title: "The Dig"
Description: The town of Grover's Bend has been abandoned for nearly a century. Come be a part of the archaeological team that wants to find out what happened to the place. Does it have anything to do with the witch trials that took place there in 1790?
Event Type: RPG
Game System: Crawlspace
Maximum Players: 6

Thursday, 11am
Title: "Vacuum"
Description: The largest alien vessel that you've ever seen lies dead in the water, so to speak, just past the orbit of Neptune. This is the opportunity of a life time. The problem is, your ship was hit by the same electromagnetic pulse as well. You are spinning in the void as well. Whoever recovers first could very well win the second Human-Others War before it even begins.
Part Two of "the Goldfish Incident" scenario from last year.
Event Type: RPG
Game System: Spacers
Maximum Players: 6

Thursday, 6pm
Title: "Flotsam Bay"
Description: Like the odd collection of residents, some of the strangest things float up on the shores of this small seaside town. One of those things could prove to be the end of the place.
Event Type: RPG
Game System: Crawlspace
Maximum Players: 6

Friday, 2pm
Title: "Robot Jazz"
Description: Between the Teapot Despot and the scavenging mutants, being a robot in the post-apocalyptic world is a hard thing to be. And then there are those Soapy humans that you are programmed to serve. Will you ever get out of Junk City intact?
Event Type: RPG
Game System: Glow
Maximum Players: 6

Friday, 10pm
Title: "Detroit Death Metal: Audition Apocalypse"
Description: The iconic metal band DDM needs a new bass-player. More than a few folks are willing to sell their souls to grab the gig. What happens, though, with all those demons being summoned in one old theater hall?
Event Type: RPG
Game System: Crawlspace
Maximum Players: 6

I am getting hyped up about a gaming event that starts on a Wednesday. I am looking forward to doing games from Wednesday afternoon until to Saturday AM, getting my Full-Frontal Laggy on, so to speak. In my experience though Origins has been a disappointing convention for attendance for indy games that don't have "Cthulhu" and old TV shows in the title, but hopefully I will be able to run four out of the six events offered up.
Posted by Tom K. at 12:14 PM 5 comments: